Working for the last langurs of Vietnam 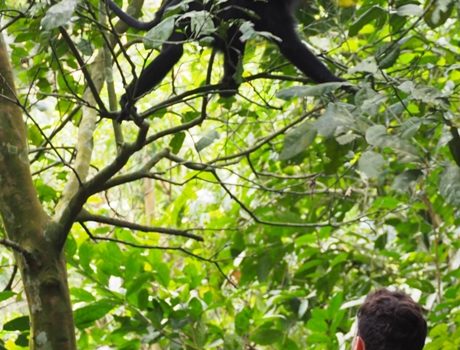 Working for the last langurs of Vietnam

“After my plane trip to Hanoi, I had to wait for hours for the bus that would take me to my destination. My first trip on my own, the only non-local there and I’m almost 1.90m, I didn’t go unnoticed…” Martí Masip tells me among laughter after his 6 month practical placement as part of his Masters degree in Primatology. He enthusiastically transmits his experience and tells me that he is very much looking forward to studying more primate groups.

The EPRC is located in a National Park. They rescue, rehabilitate, research and conserve some of the 25 species of primates that live in Vietnam. Of these, 7 are on the edge of extinction, 9 are endangered and many of these primates can only be found in the EPRC. In the centre they form groups with the intention of releasing them, but before this great final step, the animals go through a semi-wild facility in the mountains where they are monitored until they are ready. And there I was, working amongst some of the most endangered primate species in the world, from 6:30am until the end of the day, recording the behaviour of one of the Hatinh Langurs’ groups.

Most of them come from illegal trafficking. Their main threat is hunting, for food or for traditional medicine. And some species are also captured for mascotism and tourism.

One of the most extreme cases is the Cat Ba langur, which lives on an island and saw its population reduced to only 40 individuals due, also, to the loss of habitat as a consequence of the expansion of tourism.

These species have hardly been studied. Their natural habitats are rocky and difficult for humans to access to and there are not many animals left in the wild, which means that there’s hardly any data about their behaviour. In a primate reintroduction project, you must first know how they behave and what needs they have, and that is where the role of research comes in. The objective is to develop a pre-release evaluation method before the liberation, because otherwise it could be a disaster.

I spent 500 hours in an enclosure of 5 ha in the mountains, which gave me around 300 hours of useful data. It is not easy work, but I hope that my observations will help the resident researchers establish a basis for the behaviour of the Hatihn langur.

The conservation situation in the country is critical, not only for primates. So you get the picture: on a 6-hour trip at the National Park, we only run into a frog and a worm, the forest is “empty” … Unfortunately, at the ERPC semi-wild facilities, there is more wildlife than in the forest… The positive part: the people, local and foreign, will not give up and they seem willing sacrifice everything to protect Nature.

Well, my intention is to continue working and to see if the design of the evaluation method works. I would love to study these very rare primates in the wild. I have really enjoyed the experience and I will concentrate my efforts to follow the path of research applied to conservation.

Next informative sessions for the master and postgraduate in primatology 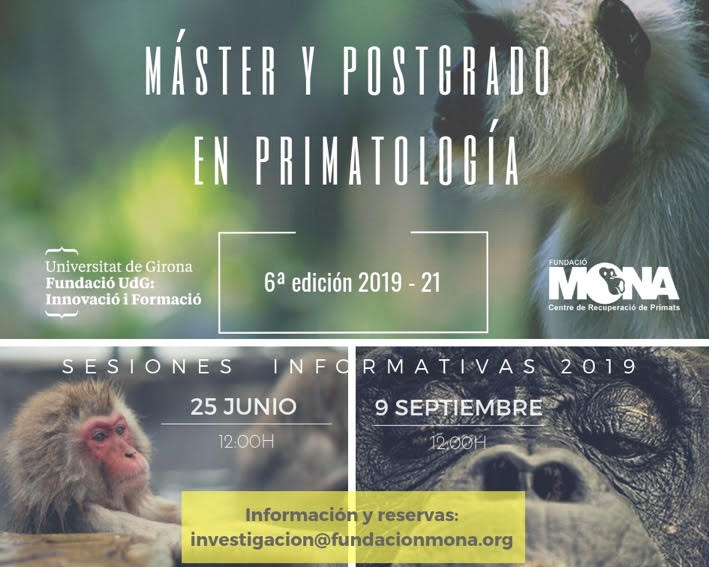