The reason why gorillas beat their chests has been discovered 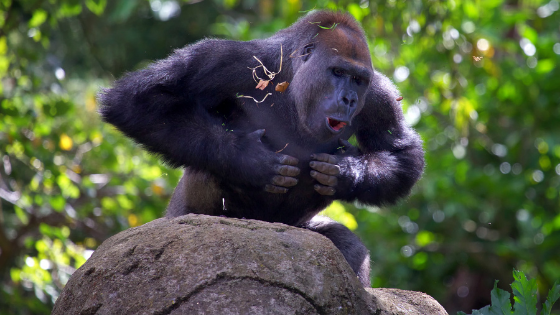 The reason why gorillas beat their chests has been discovered

The image of a gorilla thumping its chest is one of the most iconic images associated with gorilla behaviour, but what does it mean? The scientific community has set to work and, to find it out, they have studied a dozen social groups of mountain gorillas in Rwanda’s Volcanoes National Park.

The study, published in the journal Scientific Reports, is led by Edward Wright and Martha Robbins of the Max Planck Institute for Evolutionary Anthropology. Researchers from the Dian Fossey Foundation, George Washington University, Goethe University Frankfurt and Professor Jordi Galbany of the Faculty of Psychology at the University of Barcelona have also participated.

The team also discovered a large variation in the number of strokes and the duration of the chest beat among different males. Does each individual have its own code? This may be another object of study that the scientific community will surely discover.

Course: “Primatology: past, present and future”