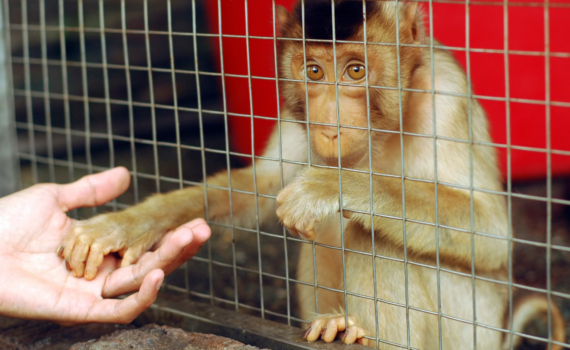 The many organizations that have been working for years for the protection and conservation of primates have been calling for clear laws and the enforcement of those that already exist. The new action plan for animal welfare, among other things, prohibits the possession of primates by private individuals in Great Britain, creates a precedent and it is indeed great news.

Here in Spain, it is necessary that action plans are carried out at a national level, coordinated between the Government and the primate rescue and rehabilitation centers, which are the ones that in the end provide a solution to the problem of these animals. Clearly, there is a need for changes in the Spanish laws that simplify decisions and lead to the confiscation of these primates.

For several reasons, but mainly because they are wild animals, neither domesticated nor tameable. The demand for these animals for the illegal trade contributes to the fact that almost 70% of primate species are threatened or in danger of extinction. Another reason is that they are highly social animals, needing their own family among their peers in order to meet their physical and mental needs. People should know that primates make very bad pets and stop the demand. In a house, it is impossible to offer them minimum welfare conditions and it is unethical to put them through something like this, just for the whim of having an exotic pet. And finally, now that everyone, unfortunately, knows what a pandemic due to zoonosis is, it is clear that with animals closer to humans, the risk of disease transmission is higher.  Thus, the keeping of primates in the hands of private individuals should be highly prohibited and sanctioned. 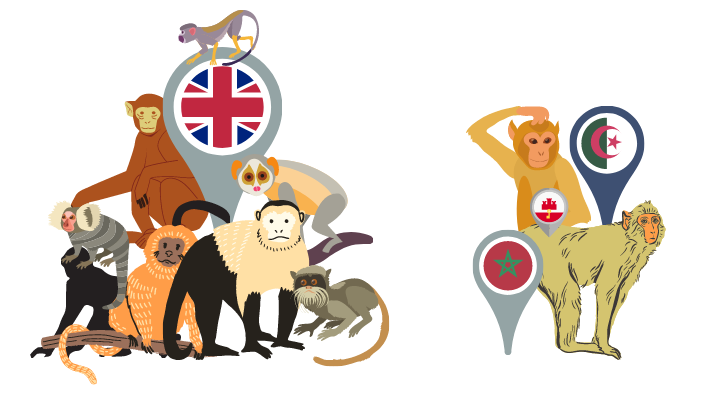 There are currently more pet monkeys in the UK than Barbary macaques in the wild in their countries of origin.

Coordination must be created at the European level because there are no borders for smugglers. Spain, as a country so close to the African continent, has been for decades a gateway for these primates, and many more animals, which are illegally traded.

At Fundación MONA we have been raising awareness for 20 years about the importance of conserving primates, their habitats and biodiversity in general. And above all, our goal continues to be to provide housing for seized primates in need, once new animal protection laws are implemented.

We are currently developing the creation of a new sanctuary that will allow us to shelter other primate species apart from the ones we already have (chimpanzees and barbary macaques) and to be the solution for all those primates that need a second chance.