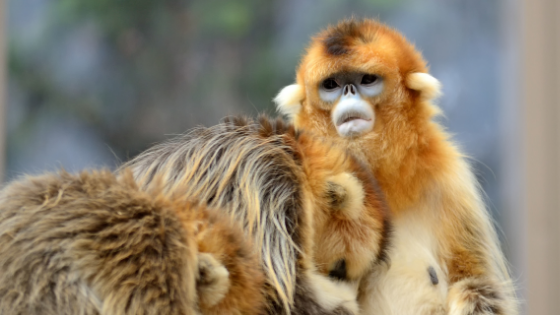 High in the Qinling Mountains in central China, an agile primate with a peculiar face has conquered a ruthless environment. The golden snub-nosed langur. There are about 20,000 of them left in the world and they are under pressure from logging, human settlement and hunters, who seek them for their meat, bones with supposed medicinal properties and dense fur. As a result, they have had to take refuge at the highest altitudes, where they jump from branch to branch, cross icy rivers and endure the long winters at almost 3,000 metres above sea level. There, when the trees are bare, they subsist on a low-protein diet of lichen and bark.

No one knows why they have such an unusual face, but primatologist Nina Jablonski believes the flattened snout may be a trait that evolved to combat the extreme cold, which “could cause frostbite in a fleshy, exposed nose”.