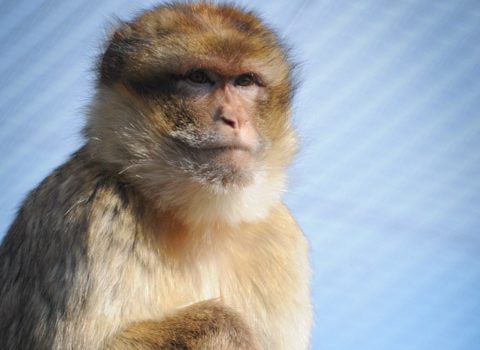 Pipa is known for her leading role within our group of Barbary macaques. She has always had a strong character, very dominant and strict with the other individuals in the group. We could say that she govern with an iron fist, or better said, she had governed with an iron fist… Because today, in the 13th anniversary of Pipa’s arrival, she loses her position in the hierarchy. The whole team was astonished to see the changes that were taking place in the social dynamics of the group. Suddenly, without warning, Titín, the youngest of the group, rebelled against her. Of course, with the invaluable help of Abu, who also seems to have left behind his difficult beginnings in MONA…

Titín had always been trying to occupy a higher position in the hierarchy, but few were betting on his success… However, he’s no longer the small and defenseless baby that came to the center with just 6 months old. He’s becoming an adult macaque with an imposing physique and he seems to have realized it. It’s definitely his chance. It’s his moment.

Will this situation persist?  Will Titín be able to retain his leadership or Pipa will prevail it again?