We don’t know the exact details of Abu’s past life, but we do know that he was abandoned at a dog shelter and afterwards cared for at a veterinary clinic in the local town of Sils before we were contacted to rescue him.
After the assessment of his behavior and his appearance, we are confident that he was acquired as a pet.

Abu was the fourth and last macaque to join our group. He was the oldest of the four, so he endured more years than the other three deprived of contact with his own kind. From the first moment we met him, we realized that he was completely lacking in social skills and did not understand the dynamics of the group, the behaviors of dominance-submission or more importantly, conflict resolution. Often he gave the wrong signals and provoked the others to chase him, which usually resulted in a fight.
Pipa took advantage of his inability to climb to the top in the social hierarchy. Luckily he eventually learnt the very basic rules of behavior of his kind and strived to be accepted and avoid confrontation. From time to time we found him in grooming sessions with Pipa and his best friend Titin, which made us very happy, considering the difficult start he had.

It was very hard for him to learn how to function in a social group, as he never spent time with others before coming to MONA . It took him some time, but eventually, he learned how to interact with the others and find his place in the group. Eventhough at times he stood up for himself or even joined the others in a dispute he generally had to be considered more of an udner-dog who prefered to stay at the side lines and out of trouble.

His was the only group of macaques living permanently in MONA. The group is now formed by two females and one male and is led by Pipa. 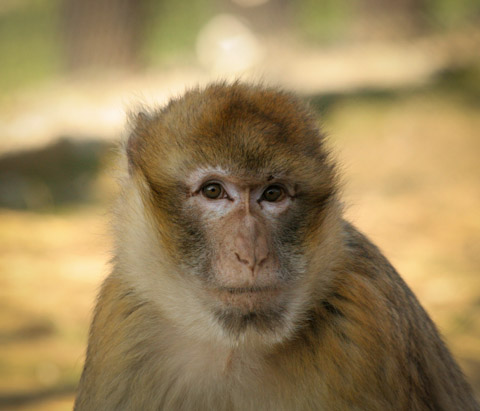 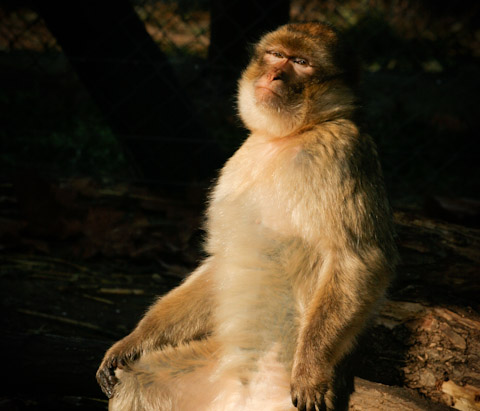 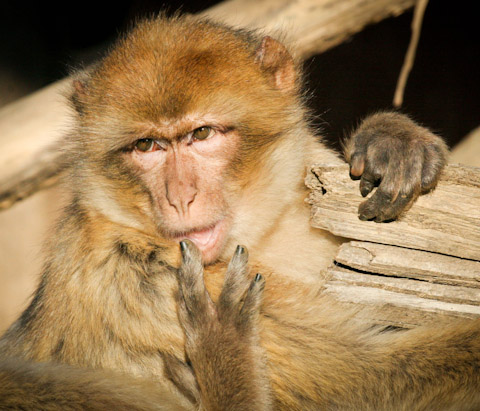