Round table for the closing of the exhibition “La mona mona” 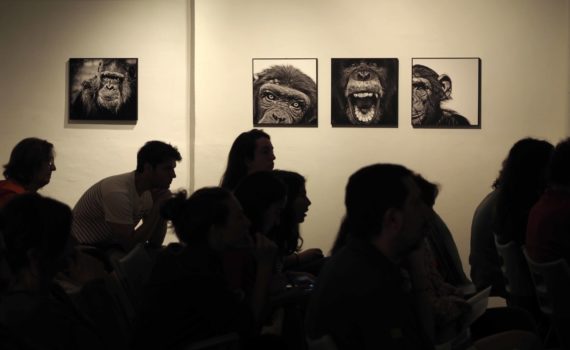 Round table for the closing of the exhibition “La mona mona”

The Espai Eat Art Gallery hosted the exhibition dedicated to the chocolate egg (mona) that Casa Cacao, from El Celler de Can Roca, has dedicated for the third consecutive year to support the primates of the MONA Foundation.

The exhibition was extended by almost a month due to it´s good reception in the city of Banyoles.

The closing ceremony concluded with a round table “Reflection on the primates and the future of the human being.” The speakers were Eudald Carbonell, researcher at IPHES (Human Paleoecology and Social Evolution Institute) and Atapuerca’s codirector, Olga Feliu, director of MONA, Ramiro Joly,  an expert in comparative cognitive neuroscience and Mona-UK board member and David Riba, anthropologist in charge of MonaEduca and expert in evolution of social cognition, with the writer Joan Solana as moderator.

See all the pictures

and Casa Cacao of