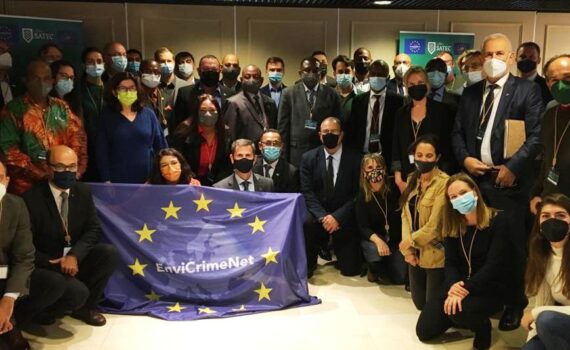 Last November we were invited to attend the TIFIES Plan  Conference (Spanish Action Plan against Illegal Trafficking and Poaching of Wild Species), within the General Assembly of EnviCrimeNet, a network of European Law Enforcement Agencies, Police officers and other crime fighters working together against the environmental crime. (LIFE+ SATEC Project).

During this conference, organised by the Ministry for Ecological Transition  (Miteco), the new CITES administrative authority in Spain, the aim was to strengthen alliances between EU and non-EU countries in order to work more effectively against poaching and environmental crime. Representatives from more than 35 countries showed their support for the consolidation of the first international environmental crime investigation network. The meeting was attended by 22 EU countries, 6 European (non-EU) countries, 6 African countries, 5 Latin American countries, as well as Europol, Interpol, Frontex and the European Commission. 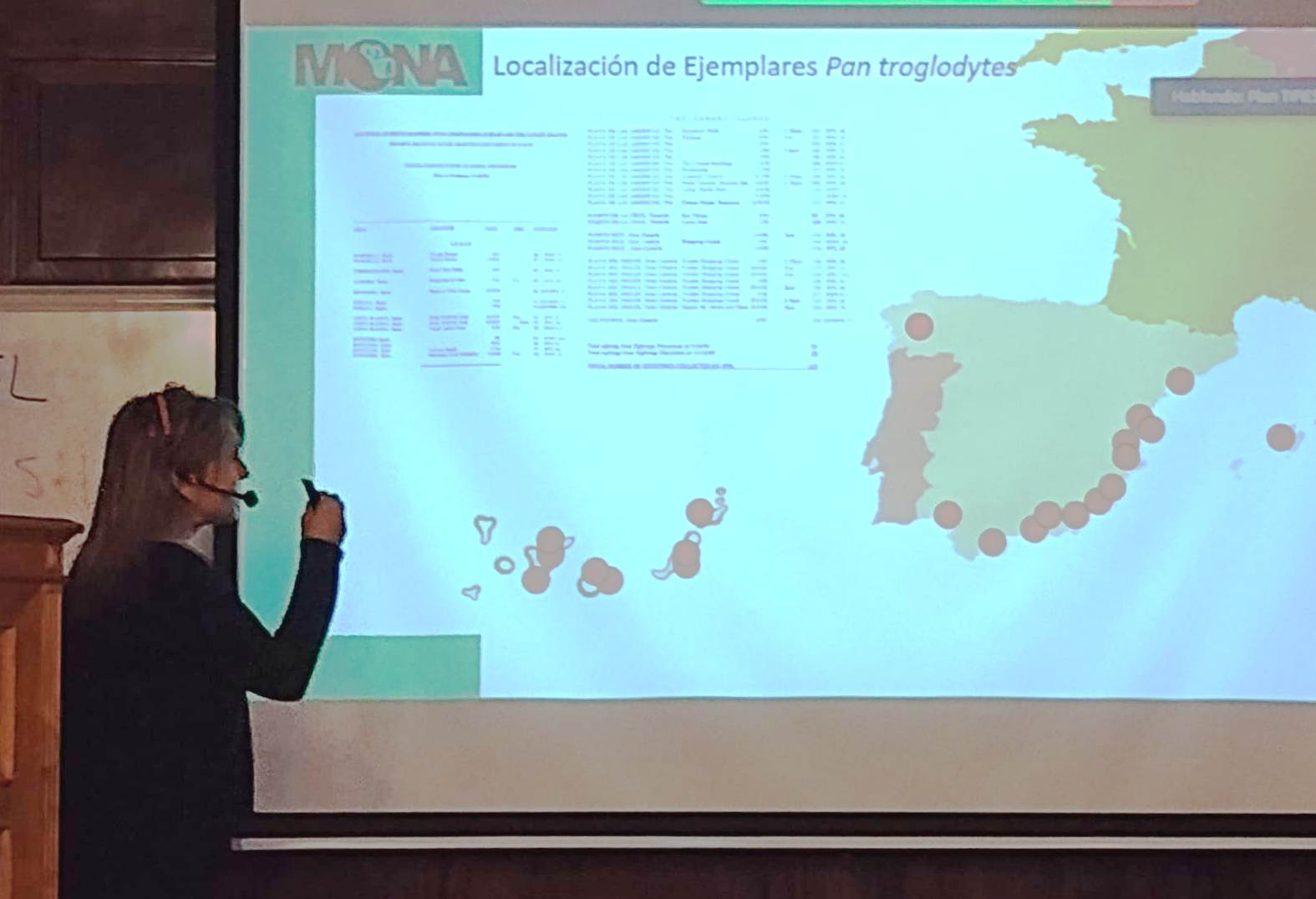 Olga Feliu, director of Fundación MONA, was invited to participate in the conference “The current situation in the fight against illegal wildlife trafficking in West and Central Africa” with a presentation entitled “Chimpanzee trafficking in Spain. Past, present and future”.

Much remains to be done for conservation, but it gives hope to know that there are so many people and projects willing to contribute.

This news is part of the latest members’ newsletter. You can read it in full here “Primates, num 43“ 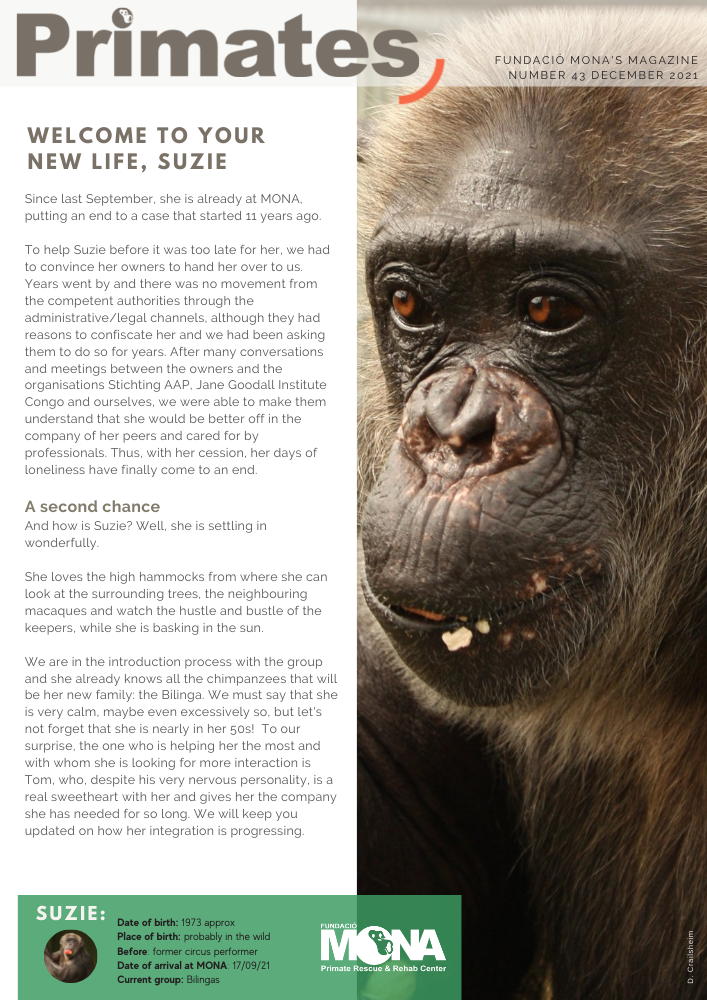 New studies to monitor the welfare

New studies to monitor the welfare