The Orangutan, the voice of the endangered primates. 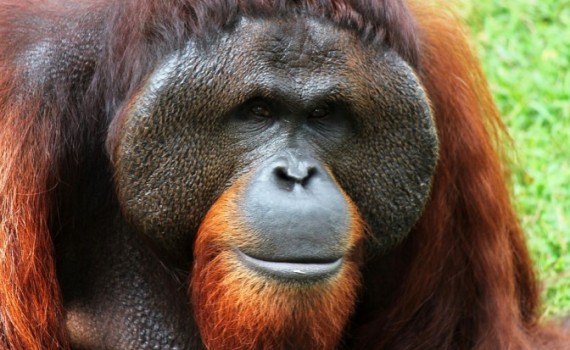 The Orangutan, the voice of the endangered primates.

The Orangutan is the voice of the endangered primates. Even with all the conservation campaigns and available information about illegal palm oil plantation, this specie is still a part of the 2016 Red list.

The Orangutan is semi solitary and arboricole, adult individuals live alone once mature enough, but the mothers spend 8 years with their offspring to teach them the rules and dangers of the forest.

They eat more than 500 species of plant! They spend almost all their life in the trees, and have high cognitive abilities comparable to the other great apes; they make tools in the wild and have their own culture! Some techniques have been seen only in Borneo for example, passing their knowledge from one generation to the other. For many reasons, Orangutans remain a mysterious species; they are called the gardeners of the forest, playing a vital role for biodiversity.

With an estimated decline of 50% of the global population during the last 60 years, a loss of 15.5 million hectares of forest (24% of total forest area) was recorded between 1985 and 1997 in Sumatra and Kalimantan…

But helping them is simple: Boycott palm oil products. Look at the ingredients in your food, shampoo, beverage… And make the right choice!